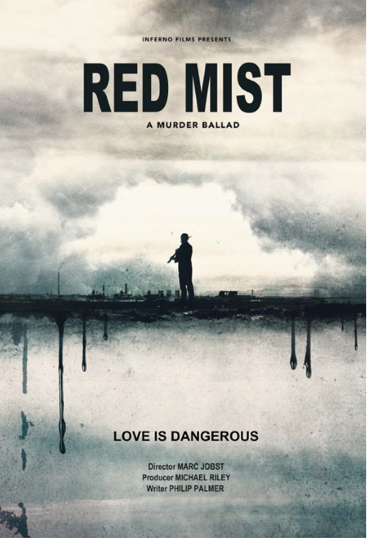 RED MIST is a story of love and hate and murder, set against the backdrop of industrial South Wales. A taut psychological thriller about three compelling, flawed, iconic characters. This is a classic film noir full of emotional danger and sensual attraction in the tradition of Body Heat, The Postman Always Rings Twice and Jagged Edge.

CHRIS has returned to his home town in Wales after losing his entire fortune in Canada. Once he was a millionaire; now he’s broke, living with his Mam and Dad. Working as a labourer in the local quarry. Angry, bitter, frustrated.

Chris is determined to reach the top again. And so he builds a friendship with his boss, the quarry owner BRINLEY. A tough, remorseless man.

Through his quick wits and bar-fighting skills, Chris goes from being a labourer to the Manager of the quarry. Success is within his grasp once more…

But Chris has fallen in love with ELAINE, the daughter of Brinley. A wonderful, wild, volatile woman. Their love is dangerous. Brinley is dangerous. And Chris himself is a tough, violent man.

The film will be directed by the award-winning MARC JOBST (Black Sails, Daredevil, The Punisher, Luke Cage), produced by MICHAEL RILEY (Crowhurst, Scar Tissue, The Seasoning House, In A Land Of Plenty, etc) and is written by highly regarded Welsh screenwriter and author PHILIP PALMER. 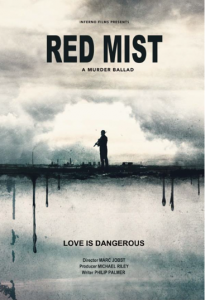 We are looking for a minimum INVESTMENT of £400,000 to make RED MIST. If you wish to support this project, and thruogh this also own part of a Welsh business that supports Welsh creativity, contact the team at IFL for further information and an  INVESTOR PACK OUTLINING THE INVESTMENT PACKAGE.